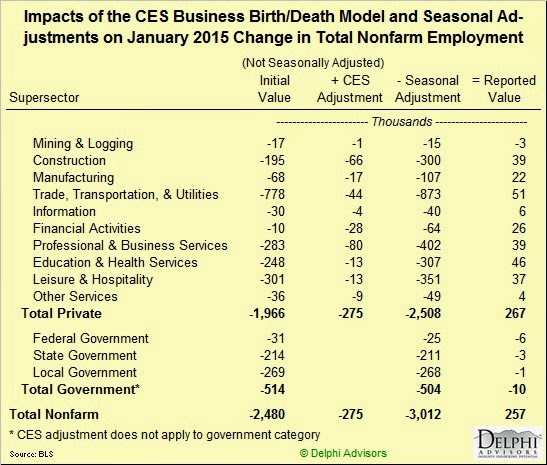 Click image for larger view
According to the Bureau of Labor Statistics’ () establishment survey, non-farm payroll employment increased by 257,000 jobs in January -- better than expectations of 230,000. Meanwhile, the unemployment rate (based upon the ’s household survey) ticked up by 0.1 percentage point, to 5.7% as more potential workers entered the labor force.
Although the overall tone of the report is positive, it is difficult to determine how much of the improvement is “organic” how much is statistical. The January report is notoriously noisy: Many of the flood of retail workers hired for the holidays are being let go; in addition, the numbers are subject to not only the “usual” monthly adjustments from the BLS’s business “birth/death” model, but also new seasonal adjustments that flow from re-benchmarking work the BLS undertakes annually to account for population changes. Taking into account all of the changes, employers now are estimated to have created 3.116 million jobs -- up 164,000 over the previous estimate of 2.592 million; 147,000 of the 164,000 were added to the data for November and December 2014.
As for other observations from the employment report: 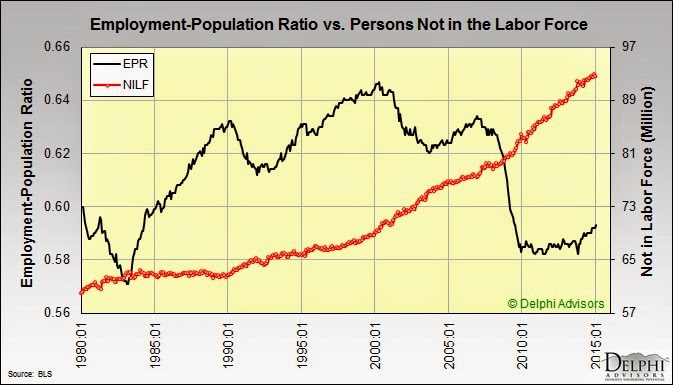 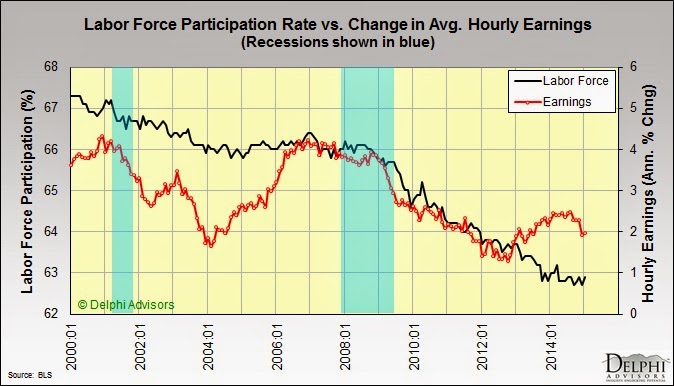 
The foregoing comments represent the general economic views and analysis of Delphi Advisors, and are provided solely for the purpose of information, instruction and discourse. They do not constitute a solicitation or recommendation regarding any investment.
Posted by DocH at 1:59 PM