Construction “Snowed In” in February

The U.S. Census Bureau reports the value of construction put in place fell “across the board” in February, relative to January. The closest thing to a bright spot was the private non-residential category, which declined by a comparatively modest 0.4 percent. Inclement weather and poor economic conditions have been widely cited as culprits behind the drop.

February’s activity reversed the trend that had been in place during the previous four months; i.e., the decline in overall construction spending picked up speed, after having slowed between October 2009 and January 2010. 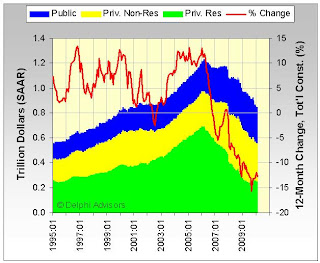