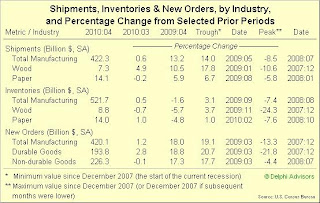 According to the U.S. Census Bureau, shipments – up ten of the last eleven months – increased $2.5 billion or 0.6 percent to $422.3 billion. Shipments of manufactured durable goods increased while manufactured nondurable goods decreased – driven lower by petroleum and coal products. 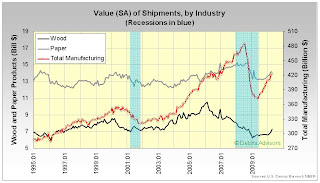 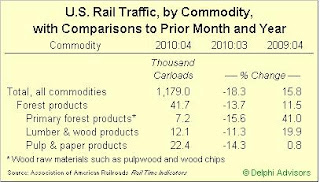 Click on table for larger image
Data from the Association of American Railroads provides another (and in this case, more pessimistic) view of shipping activity in the United States. Rail traffic fell by double-digit percentages in April, relative to March, but most categories are still well ahead of year-earlier volumes. 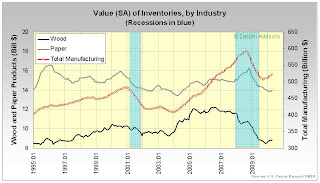 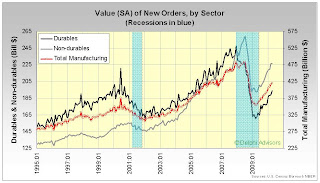