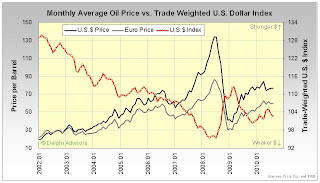 Click image for larger view
The monthly average U.S.-dollar price of West Texas Intermediate crude oil inched up by $0.45 (0.6 percent) in August, to $76.82 per barrel. That price increase coincided with a weaker dollar, the lagged impacts of a jump in consumption of nearly 0.5 million barrels per day (BPD) in June, and despite high (and rising) crude stocks. 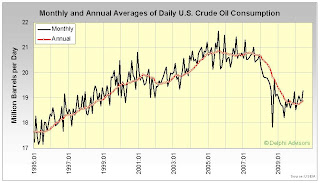 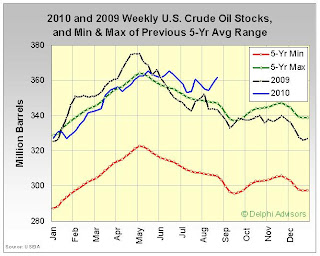 Recent oil-related developments include the following: