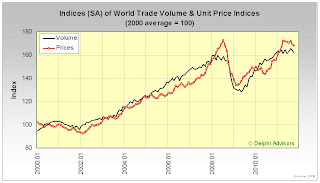 Click image for larger view
According to data compiled by the Netherlands Bureau for Economic Policy Analysis, world trade volume decreased by 1.0 percent in October from the previous month, following a revised decline of 1.1 percent in September. Whereas the figures for emerging economies are quite mixed, with Asia doing relatively well, advanced economies’ imports and exports declined substantially, particularly those of the Euro Area. In Japan, exports fell heavily, while imports surged. Prices fell 0.4 percent in October, but remained 25.3 percent above their February 2009 low. 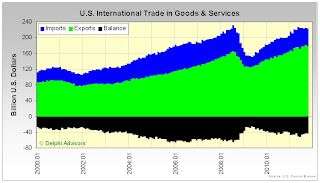 Click image for larger view
The U.S. goods and services deficit was $43.5 billion in October, down from $44.2 billion in September. Exports amounted to $179.2 billion and imports $222.6 billion. 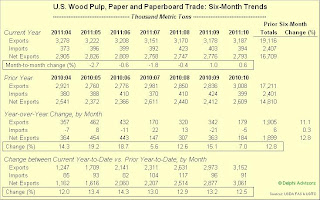 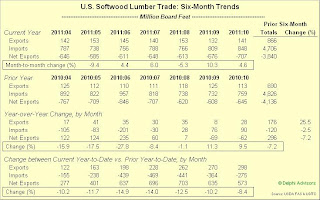